Skip to content
COVID-19 NOTICE: The CLI returned to limited on-water training and operations on 01 June 2020. Classroom training will continue via an online platform for our team's safety. We are available 24/7 for emergency call-outs. This policy will be reassessed after 30 June 2020.

The Canadian Lifeboat Institution has two Lifeboat Stations, one in Ladner and one in Steveston.

The CLI is part of Team SAR and is fully recognized by the Canadian Coast Guard, and is part of the City of Delta’s Emergency Services Programme. It provides secondary marine search and rescue capabilities as well as marine services in the coastal waters around Richmond, Delta, Surrey, New Westminster, the Fraser River, Strait of Georgia, Vancouver, Victoria,  and elsewhere including Washington State. We have two dedicated rescue vessels; one is based out of Steveston Harbour and the other is based out of Ladner Harbour.

The mission of the Canadian Lifeboat Institution is Saving Lives at Sea. 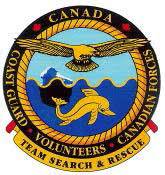 The objectives of the Canadian Lifeboat Institution are to:

What is the Canadian Lifeboat Institution?

The Canadian Lifeboat Institution has been in operation since 1981. During that time members have actively participated in over 4000 incidents, working in close cooperation with other search and rescue organizations.

The Canadian Lifeboat Institution is a not-for-profit, nationally registered charitable marine search and rescue organization dedicated to saving lives and property at sea. Its members and lifeboat crews, from all walks of life, are volunteers concerned about marine safety and rescue. The CLI is not directly funded by the government but relies entirely on personal and corporate donations, as well as community and other grants.

The Canadian Lifeboat Institution does not attempt to replace primary SAR organizations like the Canadian Coast Guard or it’s Auxiliary, Royal Canadian Marine Search and Rescue (RCM-SAR). We provide secondary SAR services (e.g. vessel of opportunity, safety patrols, public boating information, or tasked otherwise), providing vessels and crews trained to Transport Canada and SAR requirements to assist the primary, and other organizations, to save those in peril on the waters of Canada. Our vessels are recognized by the Joint Rescue Coordination Centre (JRCC) Victoria.

Our organisation also assists in the RCMP Coastal Watch Programme. 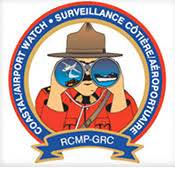 We’re following a very successful model, the Royal National Lifeboat Institution (RNLI), which was founded in 1824 by Sir William Hillary. When called upon, the RNLI, on a volunteer basis, provides day and night lifeboat services required for search and rescue. Their service area extends up to 50 miles from the coasts of the United Kingdom and Ireland.

Common to all CLI vessels

Both vessels work in support of, and in cooperation with local police, fire and rescue services, as well as with the Canadian Coast Guard, and RCM-SAR. Additionally, they participate in exercises and drills with Canadian Government vessels, as important resources for deployment in the event of civil emergencies.

The FRASER Lifeboat is the current serving society-owned vessel and is based at the Steveston Lifeboat Station.

Bought by the CLI in 2013, this vessel was introduced to the RNLI in 1982 and entered service 2 years later. The Tyne class lifeboat was the RNLI’s first ‘fast’ slipway-launched lifeboat, which can also lie afloat. Her size was determined by the size of the existing boathouses. Features include a low-profile wheelhouse and a separate cabin behind the upper steering position.

The boat has a steel hull with a shallow draught, a long straight keel, and extended bilge keels to protect the propellers, all of which are necessary not only for slipway launching but also for working in shoal waters. Protection for the propellers is given by partial tunnels,  very deep bilge keels port and starboard, and by a wide straight keel which ends in a hauling shoe used for winching the boat back into its house (if we had one).

The Tyne class is self-righting, aided by twin automatically inflating bags on the aft cabin roof (it should be noted that these have been disabled on the Fraser as getting them serviced in North America has proved difficult). The Tyne carries an X boat, a small unpowered and manually launched inflatable daughter boat, to access areas where the all-weather lifeboat cannot reach. The last Tyne was built in 1990.

In 2018 over several months a new inverter and electrical system were run through the vessel. This now allows electrical functions while on shore power or at sea. LED bulbs were added to the nav lights to increase intensity and longevity.

In May 2020 a new Firecomm intercom / radio link was added to allow us to hear better over the engines as well as have crew operate off boat within 1500 ft of the Fraser Lifeboat. This will be a vast improvement in safety as well as command, control, and communications. AIS display was also added to the Humminbird side scan system.

A brief history for the Tyne class ‘Fraser Lifeboat’

The Delta Lifeboat has a long history of service in the maritime community. Designed by the US Navy as an Admiral’s Barge, and reportedly used by Admiral Nimitz as his launch at one time, it was built in 1944 in Pearl Harbour, Hawaii. Following naval service transporting flag officers moving between warships, she passed into private hands and was modified for use as a recreational vessel.

Previously known as Artist’s Life, in 1988 this classic wooden vessel was purchased by marine artist and official Canadian naval war artist, John Horton and renamed Steveston Lifeboat. This began her life-saving career, and she was updated for Maritime Search and Rescue. Changes ensured she was a secure platform for working alongside vessels in distress, and that she could safely undertake towing tasks; all while providing a safe environment for crew members during patrol and call-out activities. For many years she operated out of Steveston Harbour, working in support of the fishing industry in the Fraser Estuary and Gulf of Georgia.

While still registered as the Steveston Lifeboat, major repair and refit activities were completed in 2017. These included an update of navigation and communications equipment, a complete overhaul of the engine and related equipment, and minor structural changes to provide additional working space on the bridge.

Today, operating under a charter agreement with the Canadian Lifeboat Institution, based in Ladner Harbour at the Ladner Lifeboat Station and renamed Delta Lifeboat, she serves under the flags of the CLI and the City of Delta. Manned by an all-volunteer crew, she is often seen on patrol, ready to provide assistance to fishing, commercial, and recreational vessels experiencing difficulties.

A brief history for the ‘Delta Lifeboat’

By joining the CLI you can contribute to marine safety in a variety of ways. We are constantly looking for individuals to serve as society members or to become trained crews for our vessels.

Can you help the Canadian Lifeboat Institution (CLI)? We are all volunteers and everyone is welcome. There are two primary ways that you can help us; join as a Crew Member (must also join the society), or become a Society Member only.

Crew members come from all walks of life and may not have a marine background. Our crew include coxswains, engineers, and deck crew. We train dedicated volunteers on how to safely operate our vessels and provide them with specific search and rescue skills.

To become a CLI crew member, we require the following:

Once you have been crew for a while, we will provide further Transport Canada approved training including Small Non-Pleasure Domestic Vessel Basic Safety (SDV-BS) (the old Marine Emergency Duties MED-A3), and Marine Basic First Aid with CPR / AED. Other certifications may be added dependent on your crew level.

We operate a 6 month probationary period for all new crew members.

Note: At all times the CLI has zero-tolerance for cannabis use amongst its crew members. You will not be allowed to train or participate in any vessel operations if you show signs of impairment (either from drugs or alcohol). Transport Canada Ship Safety Bulletin 12/1208 Legalization of cannabis in Canada and vessel operation deals with this subject.

Society members are very important to us. They may help with fundraising, finance, maintenance, public relations, or may just want to be associated with a marine safety organization. Whatever the case, we would really like to have you as a member. The cost is just $50 annually.

Any cookies that may not be particularly necessary for the website to function and is used specifically to collect user personal data via analytics, ads, other embedded contents are termed as non-necessary cookies. It is mandatory to procure user consent prior to running these cookies on your website.