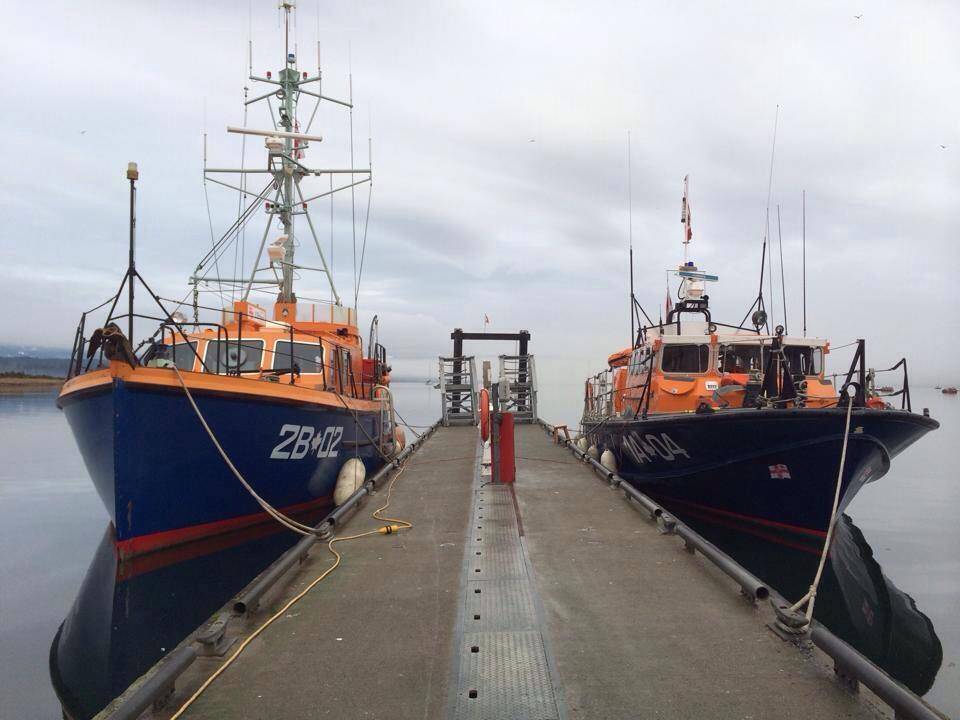 Common to all CLI vessels

Both vessels are owned by the society and work in support of, and in cooperation with local police, fire and rescue services, as well as with the Canadian Coast Guard, and RCM-SAR. Additionally, they participate in exercises and drills with Canadian Government vessels, as important resources for deployment in the event of civil emergencies.

The vessels and crews are part of the City of Delta’s emergency services, and many of our crew are registered with Emergency Management BC.

The FRASER Lifeboat is based at the Steveston Lifeboat Station.

Bought by the CLI in 2013, this vessel was introduced to the RNLI in 1982 and entered service 2 years later. The Tyne class lifeboat was the RNLI’s first ‘fast’ slipway-launched lifeboat, which can also lie afloat. Her size was determined by the size of the existing boathouses. Features include a low-profile wheelhouse and a separate cabin behind the upper steering position.

The boat has a steel hull with a shallow draught, a long straight keel, and extended bilge keels to protect the propellers, all of which are necessary not only for slipway launching but also for working in shoal waters. Protection for the propellers is given by partial tunnels,  very deep bilge keels port and starboard, and by a wide straight keel which ends in a hauling shoe used for winching the boat back into its house (if we had one).

The Tyne class is self-righting, aided by twin automatically inflating bags on the aft cabin roof (it should be noted that these have been disabled on the Fraser as getting them serviced in North America has proven difficult). The Tyne carries an X boat, a small unpowered and manually launched inflatable daughter boat, to access areas where the all-weather lifeboat cannot reach. The last Tyne was built in 1990.

The Fraser Lifeboat serves under the flags of the CLI,  and the City of Delta as required.

In 2018 over several months a new inverter and electrical system were run through the vessel. This now allows electrical functions while on shore power or at sea. LED bulbs were added to the nav and interior lights to increase intensity and longevity.

In May 2020 a new Fire Com intercom / radio link was added.   The crew can also operate off boat within 1500 ft of the Fraser Lifeboat. This will be a vast improvement in safety as well as command, control, and communications. AIS display was added to the Humminbird side scan system.

In November 2020 a Furuno radar was added. The system ties in with Nobeltec and allows weather info and planning, enhancing situational awareness. A mobile hotspot was also added, allowing internet connectivity while on the water.

A brief history for the Tyne class ‘Fraser Lifeboat’

The Delta Lifeboat has a long history of service in the maritime community. Designed by the US Navy as an Admiral’s Barge, and reportedly used by Admiral Nimitz as his launch at one time, it was built in 1944 in Pearl Harbour, Hawaii. Following naval service transporting flag officers moving between warships, she passed into private hands and was modified for use as a recreational vessel.

Previously known as Artist’s Life, in 1988 this classic wooden vessel was purchased by marine artist and official Canadian naval war artist, John Horton and renamed Steveston Lifeboat. This began her life-saving career, and she was updated for Maritime Search and Rescue. Changes ensured she was a secure platform for working alongside vessels in distress, and that she could safely undertake towing tasks; all while providing a safe environment for crew members during patrol and call-out activities. For many years she operated out of Steveston Harbour, working in support of the fishing industry in the Fraser Estuary and Gulf of Georgia.

While still registered as the Steveston Lifeboat, major repair and refit activities were completed in 2017. These included an update of navigation and communications equipment, a complete overhaul of the engine and related equipment, and minor structural changes to provide additional working space on the bridge.

The vessel is based in Ladner Harbour at the Ladner Lifeboat Station and renamed Delta Lifeboat, she serves under the flags of the CLI and the City of Delta. Manned by an all-volunteer crew, she is often seen on patrol, ready to provide assistance to fishing, commercial, and recreational vessels experiencing difficulties.

In Sep 2020, the Delta Lifeboat was graciously donated to the CLI by John and Mary Horton. The vessel was renumbered at that time.

A brief history for the ‘Delta Lifeboat’